Ten: A Deceptively Convenient Round Number

Climbing the Latest Wall of Worry 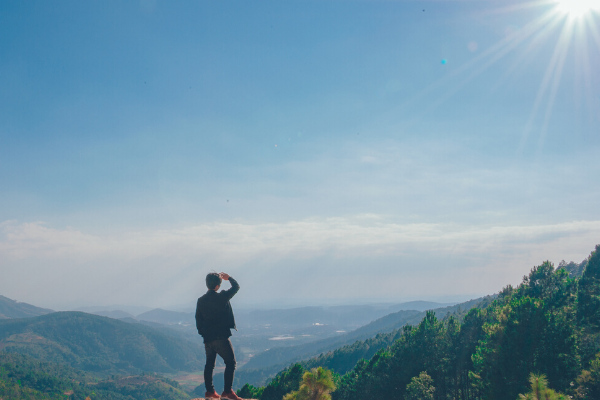 Summaries of manager performance and simulations of hypothetical portfolios commonly include trailing time periods up to ten years.

Long track records are used to observe performance characteristics across a range of different market conditions. Since the advent of Modern Portfolio Theory in the 1950s1, ten years has been a handy choice both because it’s a nice round number and because it’s longer than the average business cycle. 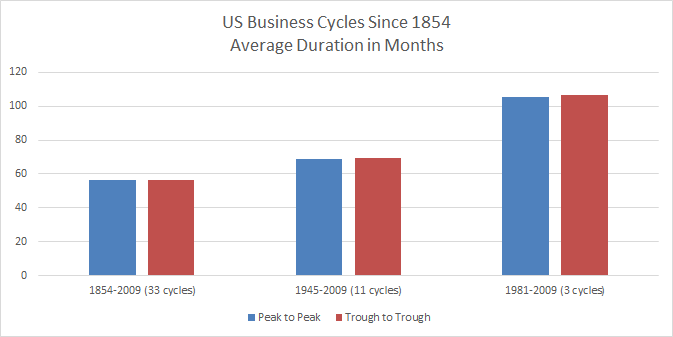 The US economy is now in its 126th month of continuous economic expansion that began in June of 2009. As of now, trailing ten-year data sets no longer include the wild gyrations of the Great Recession nor any significant diversity of central bank policy.

The Great-Recession bottom of major US and world stock market indices occurred in March of 2009, and US markets have gone until now without a bear market.3 Unprecedented economic stimulus by the US Federal Reserve began in late 2008 with the combination of near-zero interest rates and quantitative easing that has yet to be unwound.

The three charts below depict the total returns of US stocks, bonds, real estate, and gold over the past 10, 15, and 20 years respectively. Have a look at them and decide for yourself whether ten years is enough perspective. 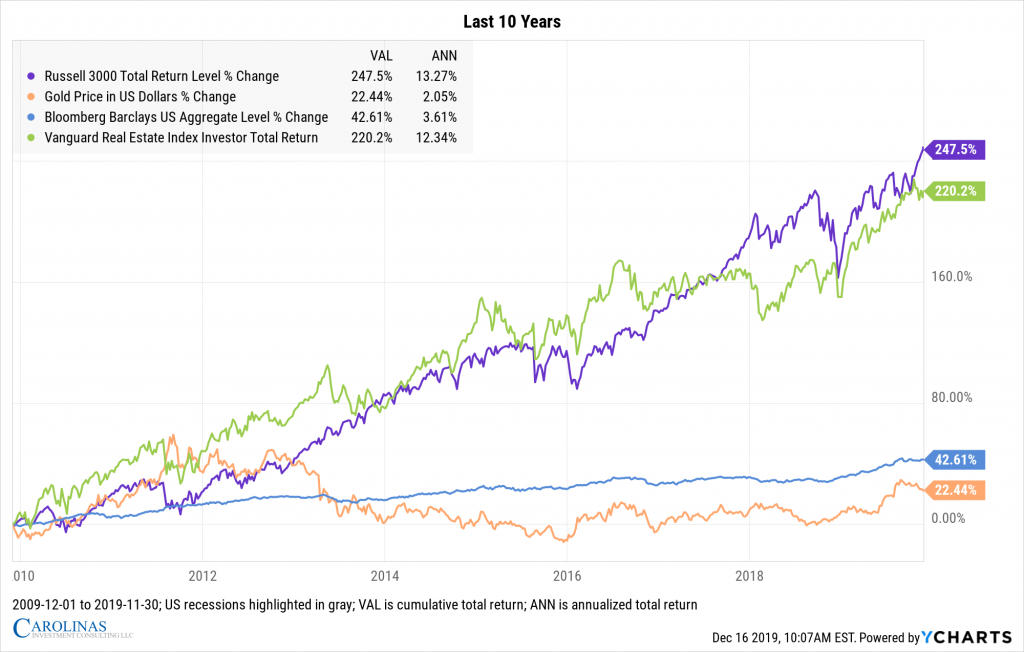 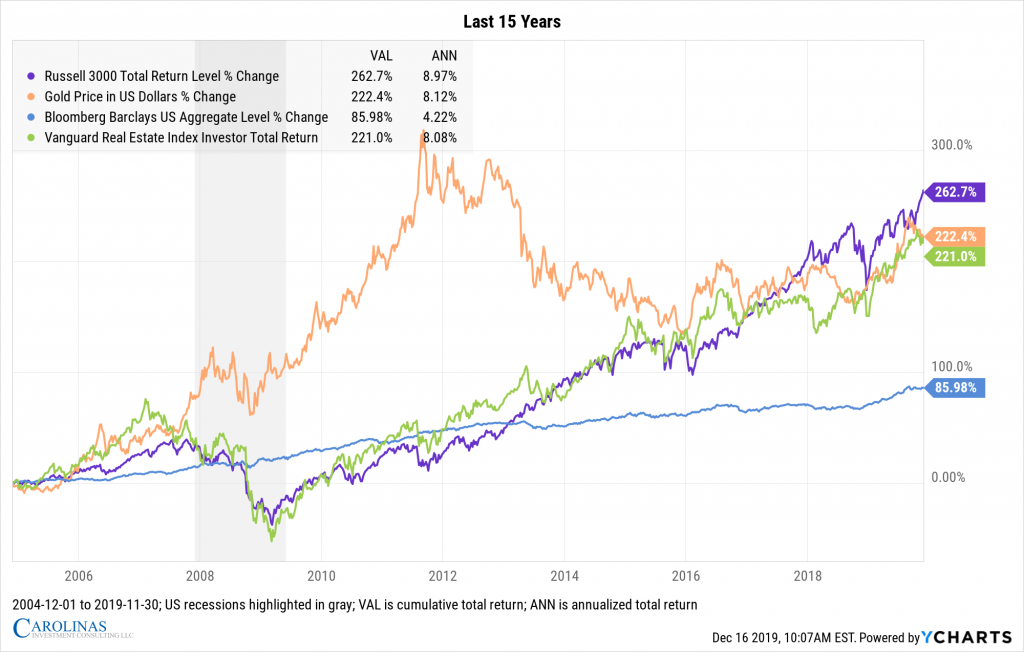 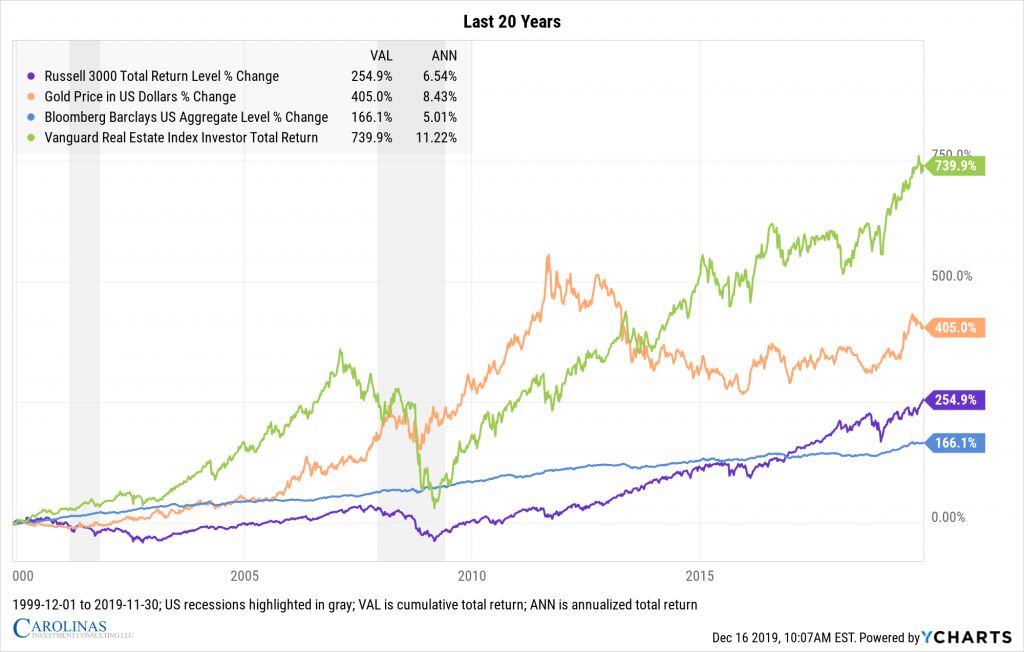 1Markowitz published his seminal paper, “Portfolio Selection”, in the Journal of Finance in 1952.
2https://www.nber.org/cycles.html
3This point relates to another convenient round number of dubious merit. Between September 21 and December 24, 2018, both the S&P 500 and Russell 1000 indices had drawdowns over 19%, just shy of the commonly accepted definition of a bear market, which is 20%.

Robert R. Shaw is an investment consultant in Charlotte, NC. Robert creates tailored investment portfolios for institutions and wealthy families together with comprehensive plans for lasting financial success. Click here to learn more about Robert and how he can help you.

Carolinas Investment Consulting is not affiliated with any of the websites linked in this commentary. Nothing contained herein constitutes financial, legal, tax, or other advice. The views and opinions expressed in this article are those of the author and do not necessarily reflect the official policy or position of Carolinas Investment Consulting. The information published herein is provided for informational purposes only, and does not constitute an offer, solicitation or recommendation to sell or an offer to buy securities, investment products or investment advisory services. All information, views, opinions and estimates are subject to change or correction without notice. The appropriateness of an investment or strategy will depend on an investor’s circumstances and objectives. These opinions may not fit to your financial status, risk and return preferences. Past performance is not indicative of future returns. 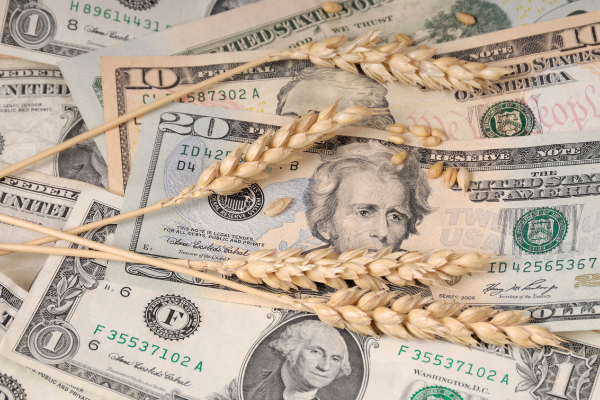 Feeling the Rise in Gas and Food Prices 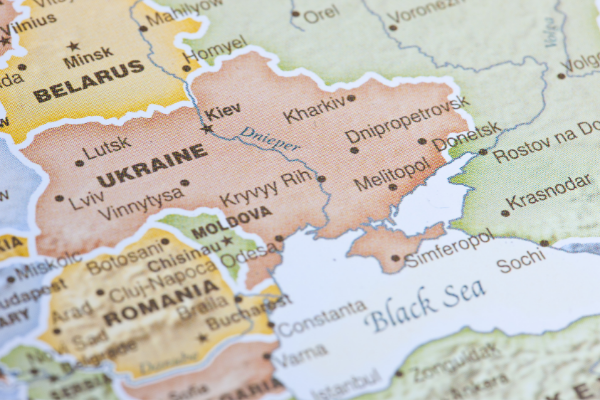 The Impacts of Geopolitical Events on Financial Markets 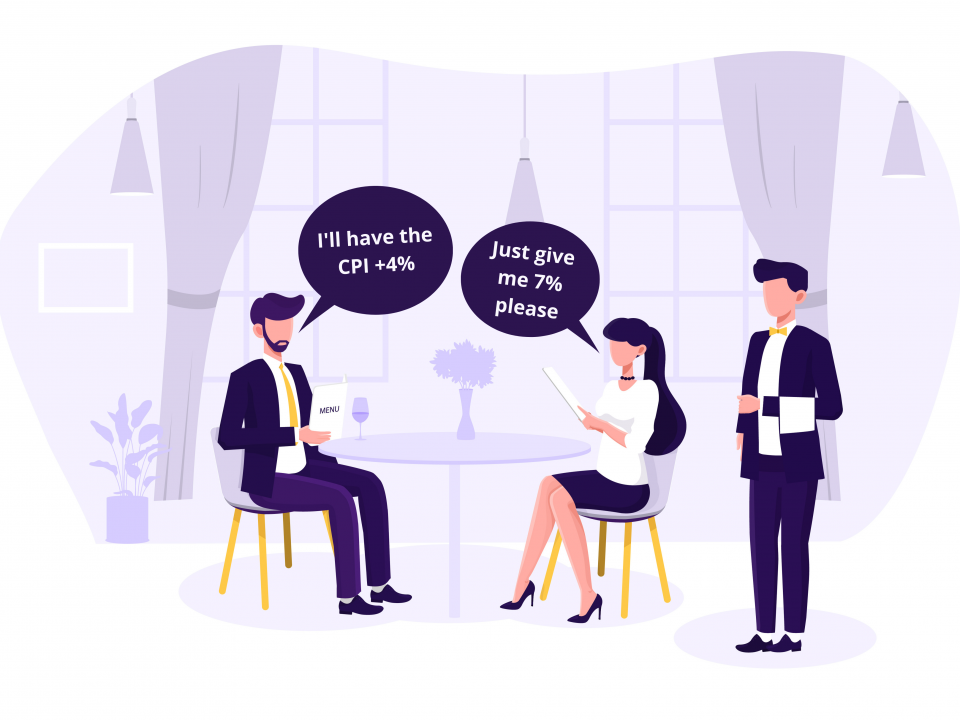