On April 23, 2017, France held its national election.  Five candidates squared off, with four of the candidates garnering more than 18% of the popular vote.  Because no one reached a majority in the vote, the top two contenders advanced to the final round, which was held on May 7th.  Immediately following the first round of voting markets rallied strongly.  Most interpreted the rally to be driven by the emergence of establishment-backed Emmanuel Macron who was running on a pro-business, pro-immigration, pro-globalization, and pro-European Union platform.  Mr. Macron ultimately won the French election in round two.  The recent market activity abroad further strengthens our view that international equities have room to run relative to U.S. equities.

Economic data was mixed in April.  The dispersion between “soft” data and “hard” data remains intact.  Soft data from business and consumer surveys suggest high optimism, yet measures of actual economic growth have largely been consistent with 2016 growth.

Following the Fed rate hike in March, the FOMC met in early May.  While the Fed held rates constant as expected in May, they signaled a rate hike in June, staying on track for their projected three hikes in 2017.  A relatively strong jobs report on May 5th reduced the unemployment rates to 4.4% and gives further cover for the Fed to continue its rate hike path.  Perhaps more importantly, actions taken to unwind the Fed balance sheet could have meaningful impacts on the market in the coming months.

The Establishment Strikes Back in France

Emmanuel Macron has become the next President of France.  Mr. Macron is a former investment banker who has never held political office and in many ways represents the “establishment” in France which includes favoring the EU, immigration, globalization, and trade.  Marine Le Pen, the populist candidate who represents the National Front party, lost handily to Mr. Macron.  After three surprising votes that favored populist movements in the U.K., U.S., and Italy in 2016, this year has witnessed a reversal in trend with establishment candidates winning in Holland and France.  A few thoughts:

“The single greatest edge an investor can have is a long-term orientation.” 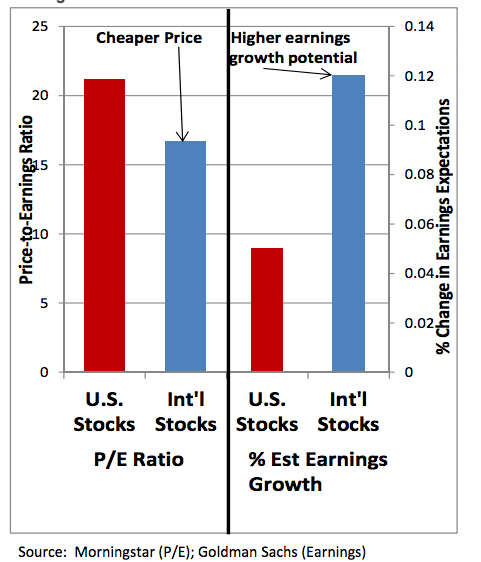 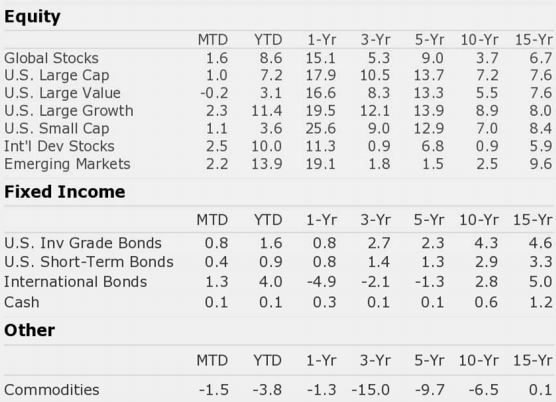 “The single greatest edge an investor can have is a long-term orientation.”