The streak has ended! After 15 positive months the S&P 500, was down in February. The U.S. stock market fell from peak to trough more than 10% briefly but rallied the final two weeks of the month to end down -4.7%. International and emerging markets stocks were down more than 5% on the month. Meanwhile, very few asset classes posted positive returns as bonds fared poorly due to rising rates.

As a reminder of the unpredictability of markets, it was actually multiple pieces of good news that sparked the drop in stocks. Who would have thought after all this time of political uncertainty the one thing that would cause a correction was good economic data? A better than expected jobs number at the end of January, coupled with a higher than expected wage growth reading the following week sounded the inflation alarm bells. Bond yields responded by shooting higher (they have actually been going higher since the middle of December) and stocks fell.

It has been clear for some time that a strong and unexpected increase in inflation would do harm to financial assets. During this nearly 10 year-long economic recovery, inflation has remained persistently low. With inflation near zero, super low interest rates can be justified and risk assets such as stocks, high yield bonds, and real estate appreciate due to lower cost of capital and lower discount rates. A rapid jolt higher in rates is a risk to the stock market. However, not all stocks are equal. We have been arguing for some time that the most dangerous pockets of the market seemed to be the “bond proxies”. These are stocks and other risky assets that pay consistent income. In a world of low income, investors have happily piled into higher income securities despite the risks. As depicted below, REITs and Utilities have each fallen nearly 10% since rates started rising while bank stocks are up considerably (banks tend to do better in higher rate environments). While the repricing does make some of these securities more attractive we would still argue that many of these stocks and sectors look overpriced.

While some of the recent data has suggested higher inflation, I do not believe we will see runaway inflation. Interest rates and inflation will likely remain under control due to retiring workers. We will cover this topic more next month but ultimately believe the market fears of inflation are overblown.

Stepping back for a moment, the Dow experienced its worst one day drop in history on October 19, 1987 when it crashed 508 points in one day. Importantly, the day before the drop, the Dow was at 2,246 and the one day drop was a mind boggling 23% in just one trading day. Last month’s one day drop of over 1,000 points represented about 3.5%, quite a bit different than 23%! A few thoughts: 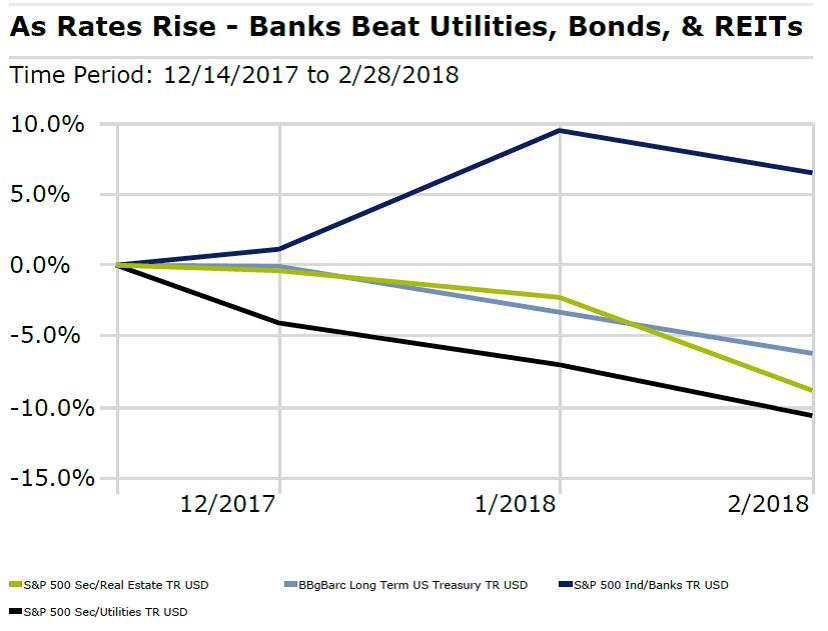 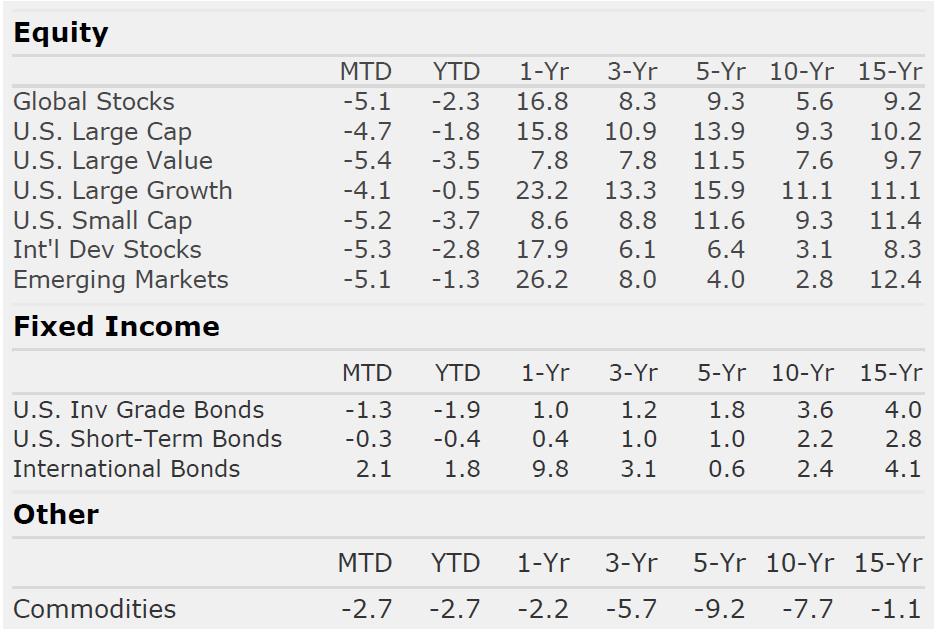