Due to early February market volatility; we have decided to write this article using February 9th data.  After one of the best starts to a year in history, the stock market finished January up 5.7%, marking the 15th consecutive month in which the S&P 500 posted a positive total return.  The market posted all-time highs on numerous trading days in January before posting its most recent all-time high on January 26th.  In the first week and a half of February, U.S. stocks have returned -4.7%, giving up all of the 5.1% gains from January.

In most years, we see an average of three drawdowns of more than 5% and typically at least one greater than 10%.  Consequently, we were surprised that it hadn’t happened in so long.  We see a market pullback as a healthy part of the process.

Investors have grown concerned that we will see increased inflation which could push interest rates higher and pressure equity prices.  While possible, it is worth noting that inflation has been extremely stubborn and well below target for years. Early data only suggests a mild pickup in inflation, not an unexpected jolt.  While anything can happen, we are not necessarily concerned that this is the beginning of a large bear market.  A few thoughts:

This past week, we saw a complete tsunami of the short volatility crowd.  We wrote about this phenomenon in the January Market Perspectives and warned there were major risks lurking, but had no idea when the risks would present themselves.  We updated the short Vol ETF chart.  In just 36 hours, the short Vol ETFs lost more than 94% of their values the week of February 5th.

The definition of risk is simple: the probability there will be a permanent loss of capital.  Unfortunately, the investment community hasn’t been able to adequately quantify risk.  Instead, many practitioners simply use one statistic, standard deviation.  While we think standard deviation is a useful measure for portfolio modeling, there are limitations.  A few thoughts:

When it comes to risk, we do our best to use metrics that help us understand the probability of a permanent loss of capital.  When results don’t add up, we try to figure out what unmeasurable risks might be lurking.

“I don’t think investors fear volatility, what they fear is the possibility of permanent loss.” 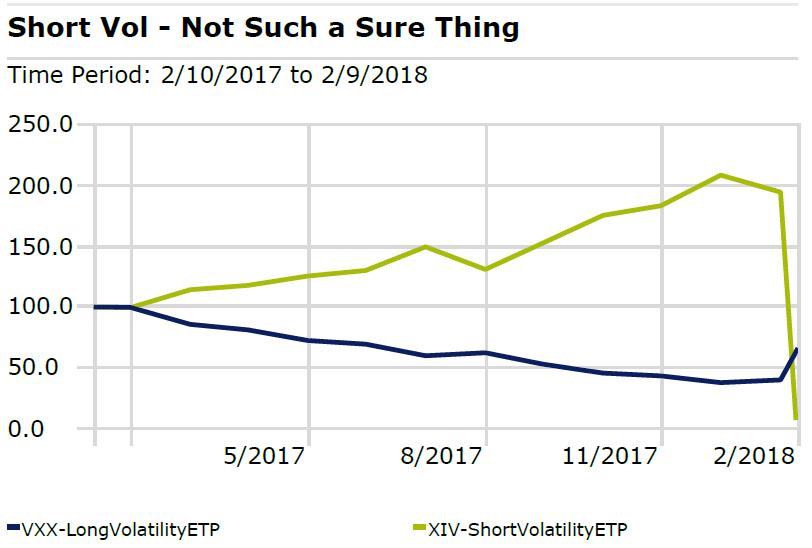 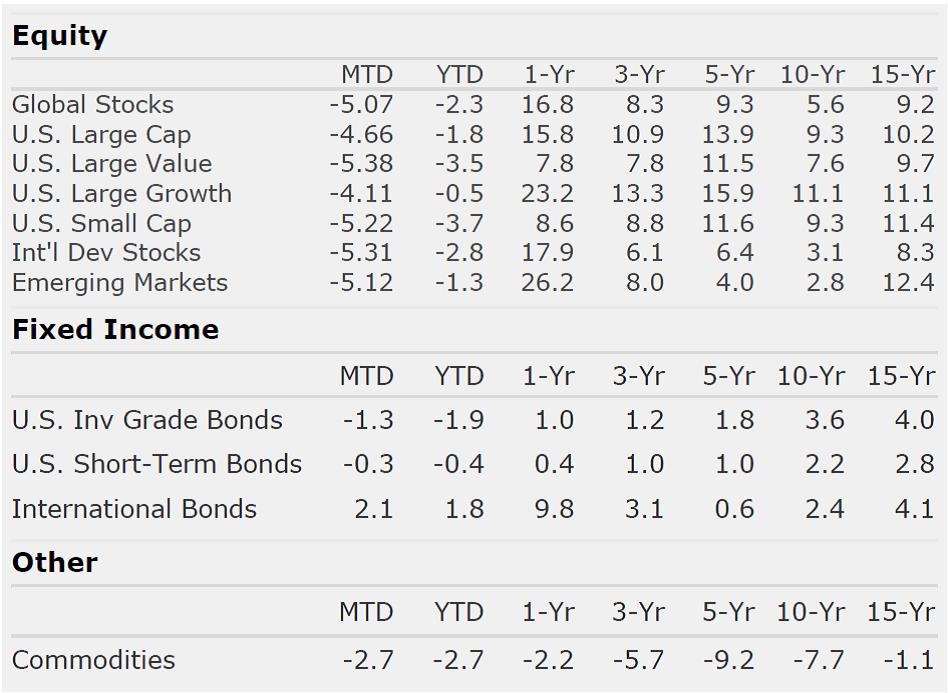 “I don’t think investors fear volatility, what they fear is the possibility of permanent loss.”