August is historically one of the slowest market months of the year, and this year it was no different.  As investors closed out their summer vacations, the stock market stayed put.  Within the markets, growth beat value, large beat small, and emerging markets beat all other asset classes at 2.2%.  If you have been reading Market Perspectives over the last few months, you know that these leadership themes have persisted throughout 2017.

Two major events at the end of the month, the historic landfall of Hurricane Harvey in the Gulf and North Korea’s decision to fire a missile over Japan, seemed to do little to scare the markets.  These two events represent very different risks.  In the case of Harvey, the economic damage on a local basis will be tremendous.  Our economic research partners believe that a slowdown in Houston will last a few months and will only have a small impact on U.S. GDP.  Hurricanes tend to damage certain sectors of the local economy while helping others.  As for North Korea, the looming threat of a full-scale war against North Korea is a major risk for markets.  Markets have largely shrugged off the threat, although recent price action shows a clear concern as North Korea threatens the use of nuclear weapons.

Bond markets have continued to perform well this year as interest rates have moved downward slightly, despite the Fed raising short-term rates twice.  The yield curve flattened again in August as investors seem less willing to bet that inflation will raise its head.  Historically speaking, it’s not surprising to see the curve flatten during the Fed’s interest rate tightening period; but given the pending announcement that the Fed might begin to sell down its longer-dated bonds on the balance sheet, we would have expected rates to be higher than current levels.  Members of the Fed will be quite disappointed if future rate hikes and balance sheet reductions lead to lower long-term interest rates and higher short-term rates.

September will prove to be a busy month in the markets as traders and investors come back from their vacations.  We will receive a full dose of economic data, the Fed will meet and provide an announcement, and hurricane season will be in full swing.  We’ve had a great run so far in 2017, and we wouldn’t be surprised to see a temporary pullback in coming weeks.

In the coming days, investors will turn their attention to the announcement from the September meeting of the Federal Reserve.  Since June, the Fed has increasingly discussed the prospect of beginning to “unwind its balance sheet.”  This topic is sure to lead to doomsday predictions and other misinformation coming from the predictable talking heads.  Here are our thoughts on the pending announcement:

“Trying to reason with Hurricane Season” 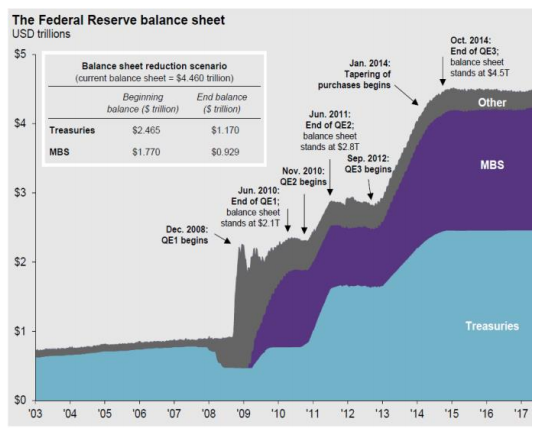 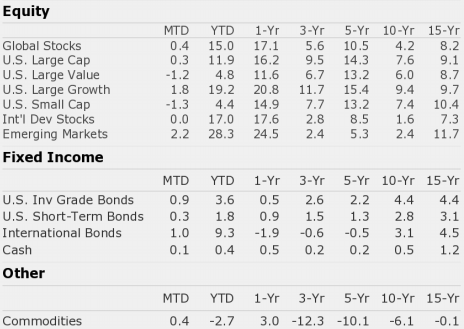 “Trying to reason with Hurricane Season”