In October 2017, the S&P 500 delivered its 12th consecutive positive monthly gain, a feat that has never been recorded in the history of the index.  Market momentum is near all-time highs as the prices of the S&P 500, Dow Jones Industrial Average, and NASDAQ continue to soar.  As with much of the year, large cap beat small cap stocks and emerging markets led all major asset classes.  International developed stocks lagged U.S. stocks slightly in October, but remain ahead year-to-date.  The U.S. Dollar appreciated against many developed markets currencies in October which boosted U.S. stocks in the month.

Bonds were flat for the month as interest rates ticked up slightly.  The Fed seems to have their “sea legs” under them as they continue to exercise their plan for the balance sheet unwinding and future monetary tightening.  We continue to expect a third rate hike in December 2017, and markets seem to be coming around to the idea of a December hike after the Fed’s November comments.

News broke on November 2nd that President Donald Trump had tapped Jerome Powell to be the next Chair of the Federal Reserve. Markets greeted both the rumors and news with delight in recent days.  Mr. Powell is viewed to be the least “hawkish” option for Mr. Trump (excluding current Chairwoman Janet Yellen who has tended to be the most dovish of the group).  A Powell appointment seems to signal a continuation of the current Fed exit strategy and limits near-term risks that the Fed will exert extreme tightening in the current economic environment.  Markets seemed to favor Mr. Powell or Ms. Yellen over the other candidates and cheered the nomination.

Set to grow at double digit growth rates in 2017, earnings have provided a nice boost for the markets. Further, most economic data was encouraging for the month, as the economy continues to add jobs, GDP growth stays above trend, and inflation remains muted.  Although the lack of wage growth suggests some slack exists, the labor market is growing very tight.

The House GOP released its first full draft of tax reform in early November and markets will continue focus on Washington.  We suspect tax reform will take longer than many expect, but any policies that increase corporate earnings should benefit stock prices.

Twenty years ago, the number of publicly traded stocks was increasing at a very rapid pace.  Today, there are approximately 4,300 companies traded publicly in the U.S.  In 1996, there were more than 8,000 listed stocks. Source: WorldBank

“The outlook for the economy is, as always, highly uncertain.” 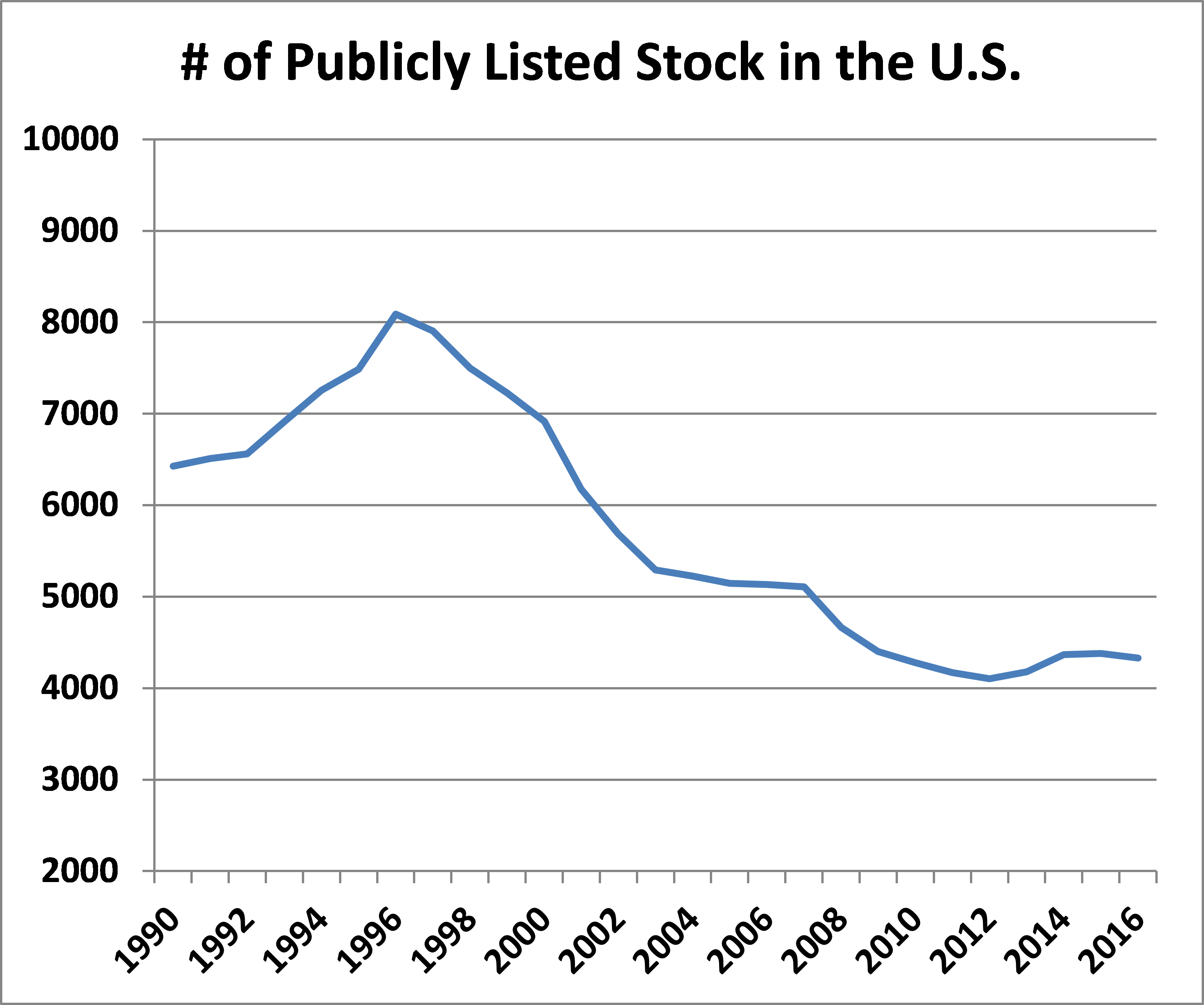 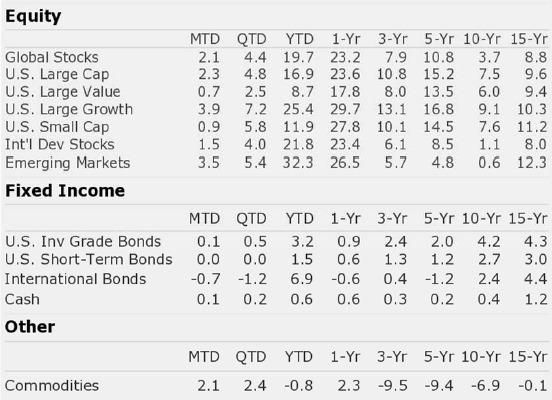 “The outlook for the economy is, as always, highly uncertain.”