The first half of 2017 experienced very strong returns, given we are in the late stages of the bull market. With U.S. stocks returning more than 9% in the first six months and international stocks delivering double digit returns, the results look more like a strong 12-month period rather than just six months.

While many have declared the “Trump rally” to have continued from November to June, it’s notable that leadership changes have been stark and that technology and healthcare (both laggards immediately after the election) have led the way this year. Facebook, Amazon, Apple, Microsoft, and Google have delivered incredibly strong returns and have contributed most of the equity market strength so far in 2017. In fact 7 of the top 10 largest companies in the S&P 500 accounted for 30% of the S&P 500’s first half return but just 13% of the weight of the index.

Post-election, much was made about the U.S. Dollar’s continued rise in value vs. most currencies. Since 2014, the Dollar has risen dramatically and was at its highest levels in more than a decade. Nearly every investment strategist seemed to predict the Dollar would go much higher and dramatically harm emerging market countries. The Dollar has instead sunk to levels lower than before the election. Frequent readers of Market Perspectives will recall that we favor international equities and believed the dramatic Dollar strength over the last few years would begin to abate at some point, becoming a tailwind for struggling international stocks. We had no idea when the tide would turn and certainly didn’t think it would have happened so quickly. Nevertheless, it’s a great example of how you have to be both right and non-consensus to see outsized returns.

The Federal Reserve raised rates twice in the first half and cash rates are now over 1%. We are pleased to see markets behave well as the Fed has embarked on its exit strategy but are concerned about longer-term rates as they have stayed very low. As markets go higher, cash pays more, and longbonds stay low, the case for having more exposure to cash will become more compelling.

Nearly every day on CNBC or Bloomberg TV a Wall Street bank or large investment management firm’s strategist can be found discussing what is about to happen in the markets. Typically, the strategist is asked how stocks will perform this year. Most often, the strategist will provide a specific price target for the stock market. The strategist, like most investors, is clearly exhibiting an overconfidence bias. So what is a reasonable answer for “how will stocks perform over the next year?”

Over the last decade, a plethora of academic research has identified key biases that we all exhibit. One of the most dangerous biases to investing is overconfidence. It turns out that humans are not very strong statisticians. Notably, human beings respond extremely favorably to stories. This is why very few of us object to the absurdly specific responses that “experts” give us on TV. Often stories can be used to manipulate decision making while remaining completely blind to statistics. Before making big investment or life decisions, it is advisable that we use reasoning to overrule emotions. Take a step back and ask what are the chances of this going right and wrong. Trying to thoughtfully play devil’s advocate before taking the plunge can do wonders for our decision-making success.

“Even the most analytical thinkers are predictably irrational; the really smart ones acknowledge and address their irrationalities.” 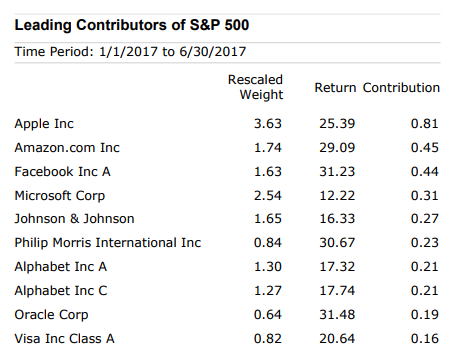 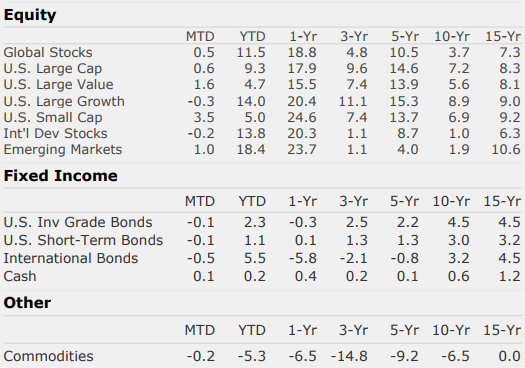 “Even the most analytical thinkers are predictably irrational; the really smart ones acknowledge and address their irrationalities.”