After reaching an all-time high on September 2nd, the S&P 500 retreated 5.1% by month-end. Its -4.6% total return marked the worst monthly loss since the pandemic’s emergence and was the first monthly decline since January.  For the third quarter, the U.S. large-cap equity benchmark index eked out a fractional +0.6% gain.

Despite September’s pullback and a flat Q3, the S&P 500 posted an impressive +15.9% YTD total return with all eleven equity sectors gaining ground. Energy stocks are having their best year in four decades and were the lone winner in September (+9.4%) as oil prices reached 3-year highs. Materials were the laggard (-7.2%). If something more sinister were brewing, we would expect the traditionally defensive sectors (Utilities (-6.2%) and Staples (-4.1%)) to outperform. They did not.

International developed markets (-2.9%) and emerging markets (-4.0%) posted similar declines as the U.S. in September, but these overseas markets declined during Q3 (-0.5%) and (-8.01%) respectively. Due to regulatory crackdowns and Evergrande’s troubles, a selloff in China pushed the broad emerging market index into negative territory YTD (-1.3%). Chinese companies comprise 30% of the EM benchmark equity index.

The mildly hawkish Fed comments during its September meeting pressured bond yields. In response to elevated inflation data (5.3% annualized in August), the Fed hinted it would likely begin tapering its bond purchases before year-end. 10-year Treasury note yields ended September at 1.49%, up 18 basis points (bps) for the month, and has since marched above 1.6%. The broad U.S. aggregate bond index declined (-0.87%) for the month, was flat for the quarter, and remained negative YTD (-1.6%). The returns on all significant bond segments were negative in September, but TIPS (+1.8%) and high yield corporates (+0.9%) gained ground during Q3.

Headline risks are everywhere, and investors are justifiably focused on tail risks. We also find it noteworthy that most stocks within the major U.S. indexes (S&P 500, Russell 2000, and Nasdaq 100) have already corrected. See our Chart of the Month. If not for its three largest constituents, the S&P 500 index would have been negative for the quarter. Apple, Microsoft, and Google contributed 75 bps of the index’s return. The other 497 stocks detracted -17 bps.

Stocks have performed best during the fourth quarter over the past two decades with the S&P 500 averaging a 4.1% gain. The index hasn’t corrected this year and could at any time. However, some signs suggest the growth scare may be sufficiently priced in. Fundamentals are sound, and a supportive backdrop exists for equities: strong household balance sheets, a powerful corporate capital expenditures cycle, impactful productivity gains, and ample liquidity.

This week Q3 earnings season kicks off and may provide a basis for further upside as last year’s comps remain favorable. Like Warren Buffett, in our Quote of the Month, and our very own Director of Economics John Silvia often reminds us, what’s important for investors is to focus on the data and underlying economic forces, not narratives driven by political or ideological agendas.

“Games are won by players who focus on the playing field – not by those whose eyes are glued to the scoreboard.” 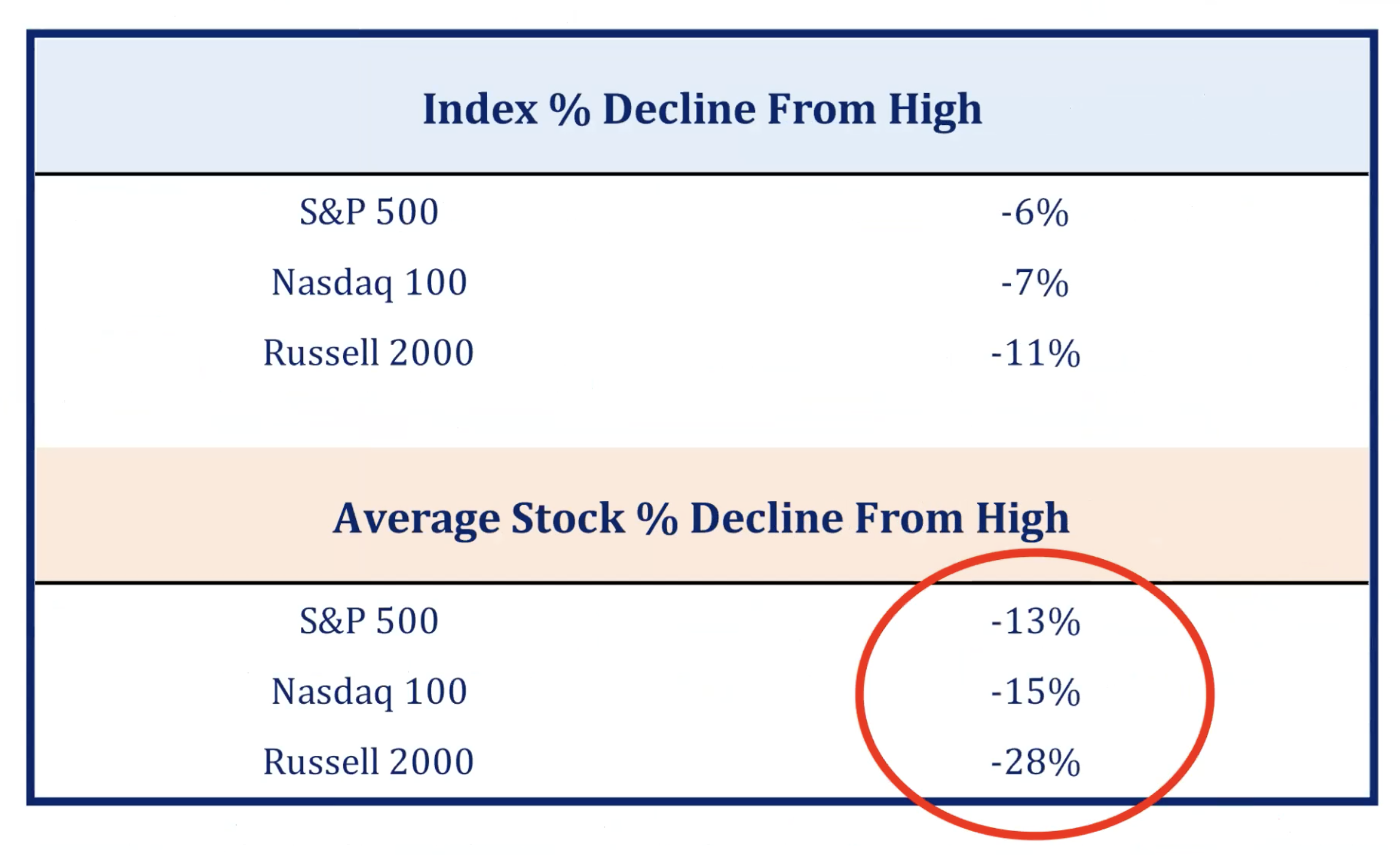 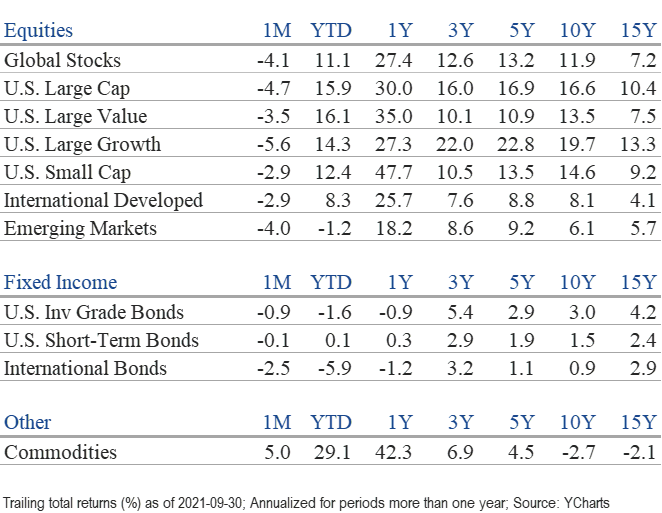 “Games are won by players who focus on the playing field – not by those whose eyes are glued to the scoreboard.”