The third quarter was a good one for stock investors.  The S&P 500 posted a 7.7% return in Q3, with large cap growth stocks again leading the way with a 9.2% return on the quarter.  Value stocks continue to struggle.  The gap between value and growth has been a slow and painful slog for the value investing community.  On a 15 year trailing return, large cap growth stocks have the highest return of any equity segment on our board, including small cap and emerging markets stocks.  The utter dominance of just a few key growth stocks has been nothing short of impressive.

If value has trailed, then international and emerging markets stocks have been trounced.  Their performance in 2018 has been a disappointment.  While the S&P 500 is up 10.6% on the year, emerging markets stocks are down 7.75%.  These stocks have underperformed for a number of years, but last year they posted tremendously strong returns.  Historically, when we see such strong leadership change we expect to see the new leadership continue for a long period of time.  This time around, it didn’t happen.

Fixed income is on pace for its worst year since 2013.  The Fed raised rates again in September bringing the Fed Funds rate to 2.25%.  As we have noted in the past few Market Perspectives, the yield curve has been extremely flat in recent months.  The 10-year Treasury bond had largely hovered around 2.8% during 2018 as short-term rates marched higher.  The final week of September (and the first week of October) finally forced longer rates higher with the 10-year treasury closing above 3.2% on October 4th.

The good news is that higher interest rates mean higher future expected returns.  It’s likely that higher rates are due to the strong economic growth we are seeing this year as the economy absorbs the large fiscal stimulus that was pushed through last year.  If longer term interest rates stabilize near current levels we would view the move as a positive.  Not only will there be higher expected returns in fixed income going forward, but the Fed will have more room to raise rates.  Higher rates mean higher competition for risky assets.  For a decade, investors have been accustomed to accepting lower yields on risky assets.  As treasuries pay returns again, the attractiveness of certain asset classes may dwindle.  We realize fixed income hasn’t paid much in past years, but we would strongly argue that high quality fixed income should be a part of a diversified portfolio.

There have been plenty of news articles and media pundits this year who have pointed out that midterm election years tend to generate lower market returns than the other three years.  A few thoughts:

“Facts are stubborn, but statistics are more pliable.” 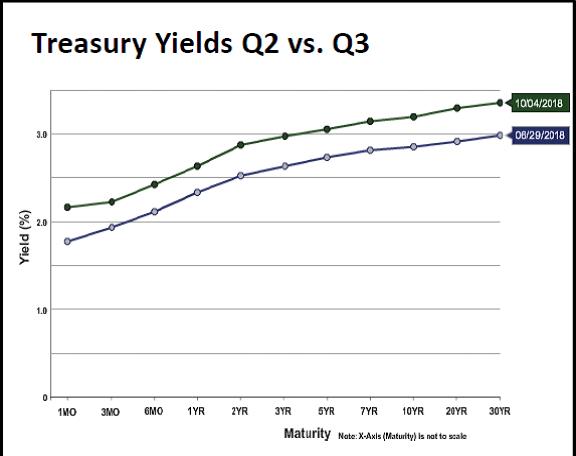 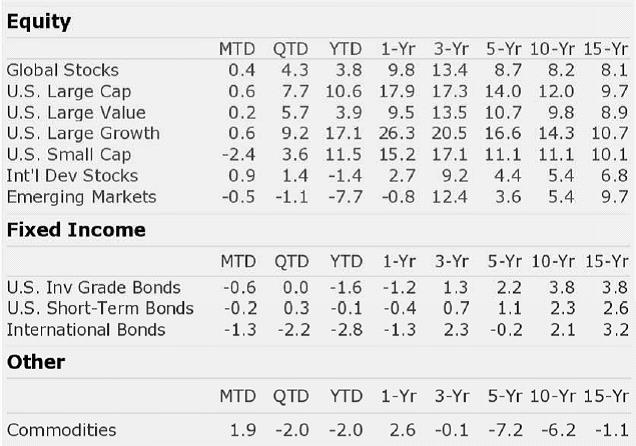 “Facts are stubborn, but statistics are more pliable.”