In March, the 10-year U.S. Treasury rate fell below the 3 month T-Bill rate.  We have been discussing the “flat yield curve” for approximately a year and have noted that the Fed likely does not want to invert the curve.  Notably, the 2-year/10-year curve is not inverted, nor is the longer end (10-year/30-year) but a prolonged inversion of the 3-month and 10-year has historically predicted a recession.  On average a recession occurs 14 months after initial inversion, and in many cases the stock market rallies after inversion to the top of a bull market.

It’s been noted that saying “this time is different” is a dangerous proposition in investing.  However, this is the first time in history that the Fed holds large amounts of long-term paper and thus could force the curve out of inversion.

The curve inversion is just one more data point that leads us to conclude we are very late in the economic cycle.  Predicting the timing or cause of a recession is challenging but generally speaking it’s worth taking note of where we are within the cycle.

There has been a lot of recession talk in the media lately.  Given the cyclical nature of the economy it’s reasonable to expect that we will have another recession at some point.  When the “r” word is said, it seems to invoke horrible thoughts in our brains.  But what is a recession and what are the outcomes typically?

“People stop buying things, and that is how you turn a slowdown into a recession.” 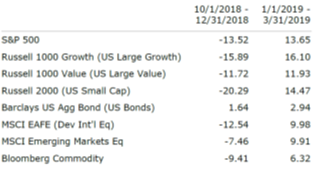 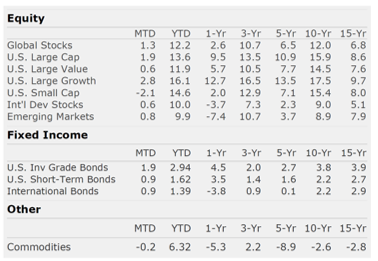 “People stop buying things, and that is how you turn a slowdown into a recession.”